The purpose of this study is to understand the suitability of the high-performance computing hardware available from multiple cloud providers for running materials modeling and simulations. In order to do so, we run the following benchmarks:

In order to make a comparison, for all the cases studied we run the benchmarks with entirely equivalent setups for the number of nodes (NODES) and cores per node (PPN). The readers should note, however, that the hardware configurations differ with respect to the PPN. We calculate the Speedup and Speedup Ratio as defined below.

The ratio of the Performance Gain for a given number of nodes to the ideal speedup.

Inverse total runtime for the task (in seconds).

We compare 4 cloud computing vendors as mentioned above. The following HPL configuration template is rendered with the parameters given in the table to generate the configuration and run the benchmark.

A comparison of the speedup ratios for all cloud vendors described above are presented. As it can be seen, Oracle and Microsoft Azure have better speedup ratios because of the low latency interconnect network that facilitates efficient scaling. 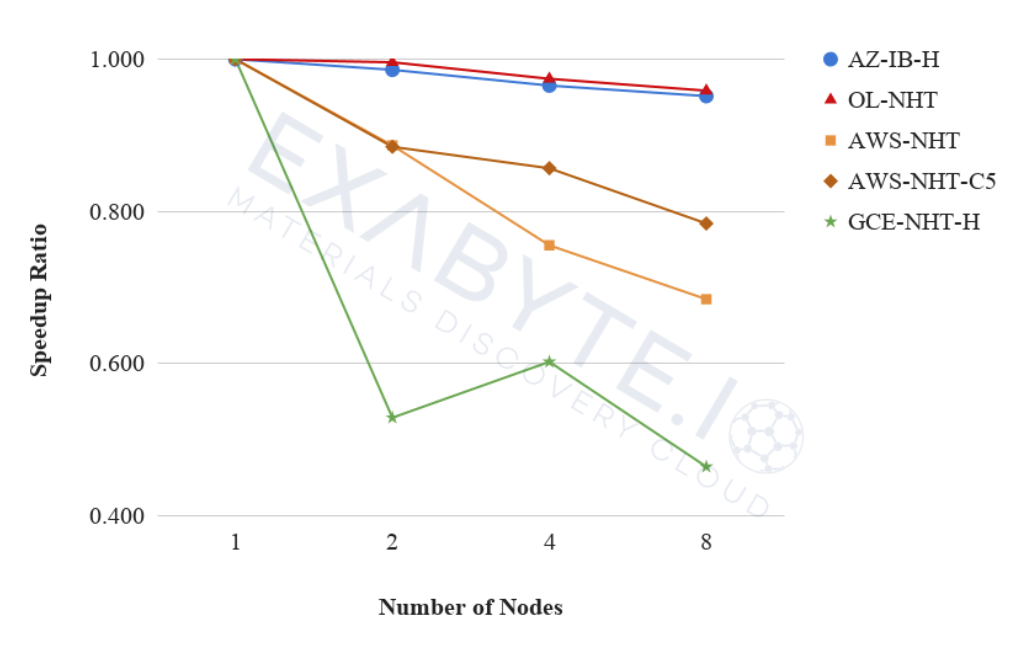 The following figure shows a comparative plot of the performance per core in giga-FLOPS (GFLOPS) for the previously described scenarios. Oracle and Microsoft Azure outperform AWS because of faster processors and the low latency interconnect network. 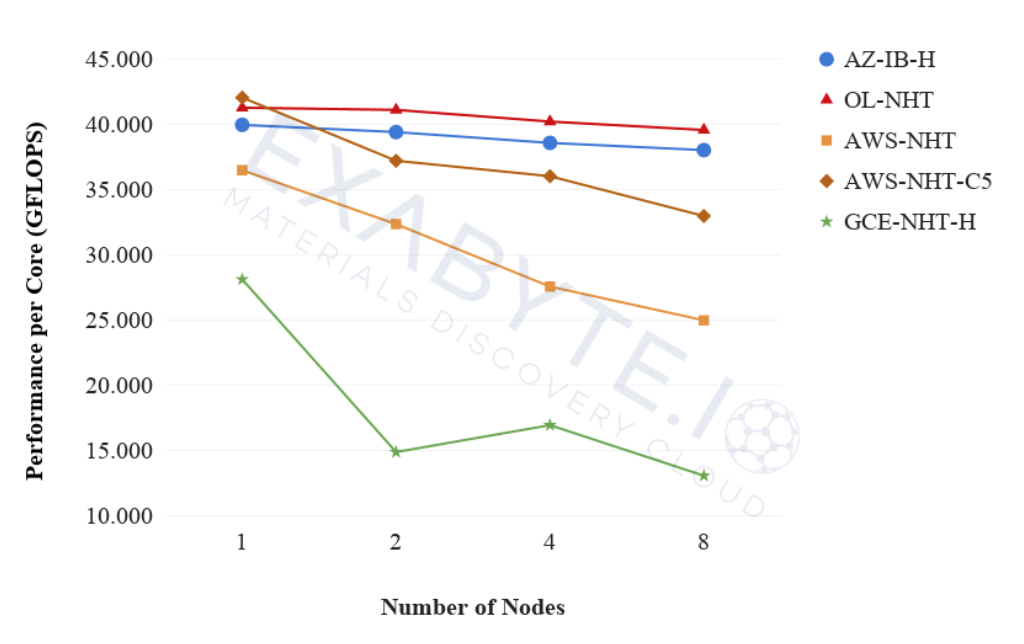 Vienna Ab-initio Simulation Package (VASP) at version 5.3.5 with a corresponding set of default pseudo-potentials were employed for this study.

The number of cores per node (PPN) and the total number of nodes (NODES) were used to distinguish between parallelization levels. 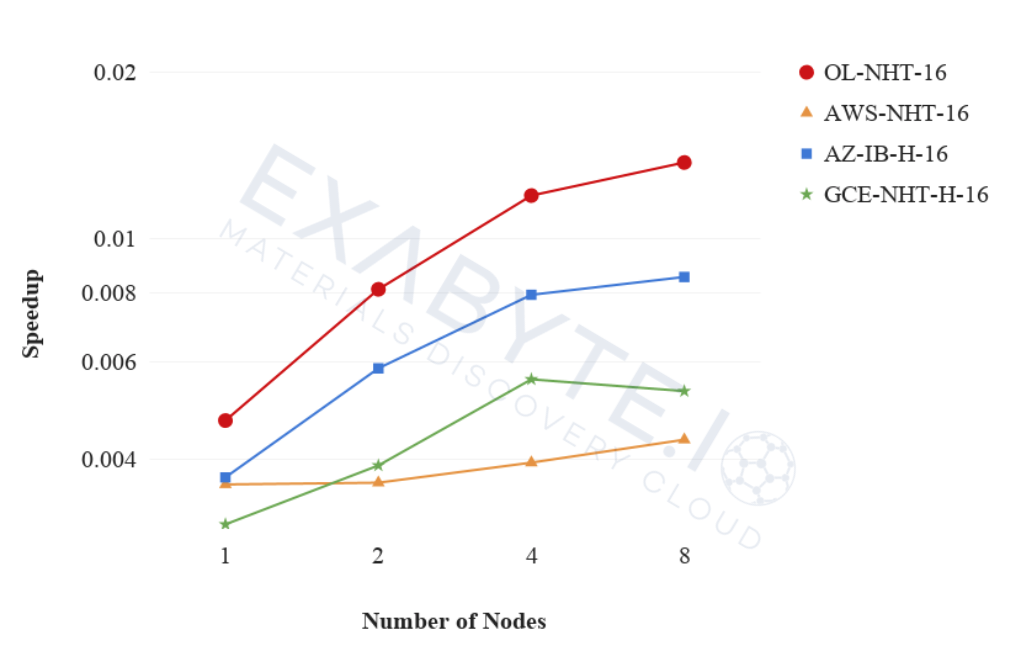 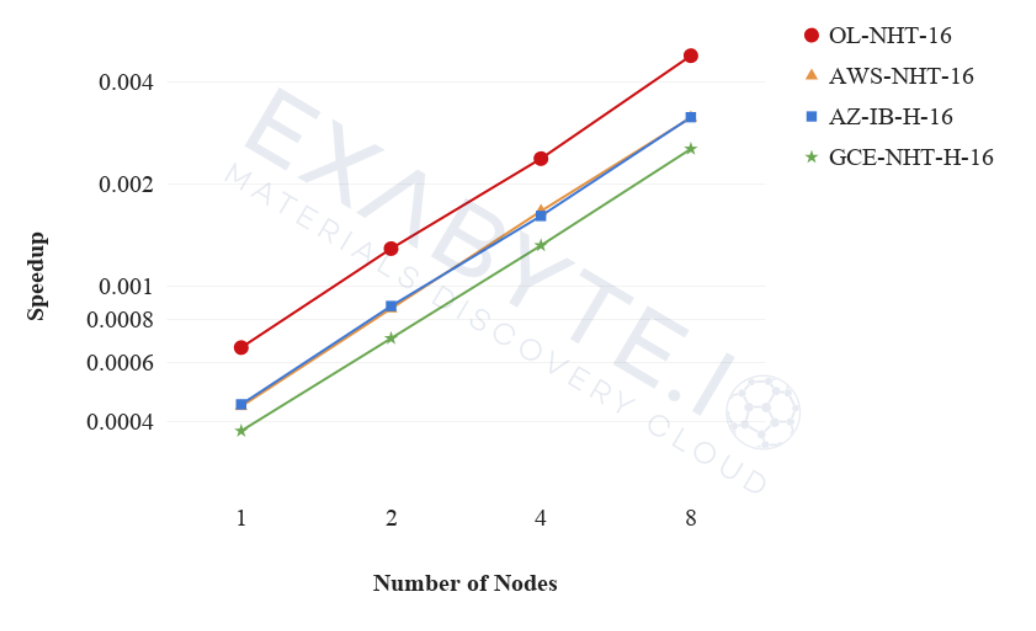 The following shows the result of Intel MPI Benchmarks running on Amazon Web Services C5 instances, Azure H-series VMs and Oracle hardware. As it can be seen Oracle interconnect network is faster and has the lowest latency. 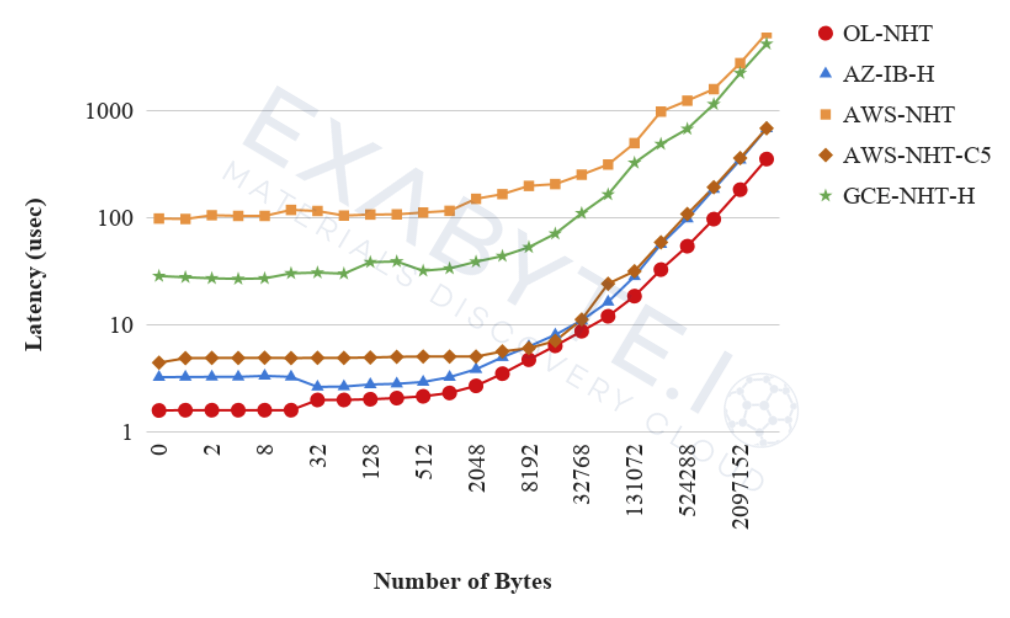 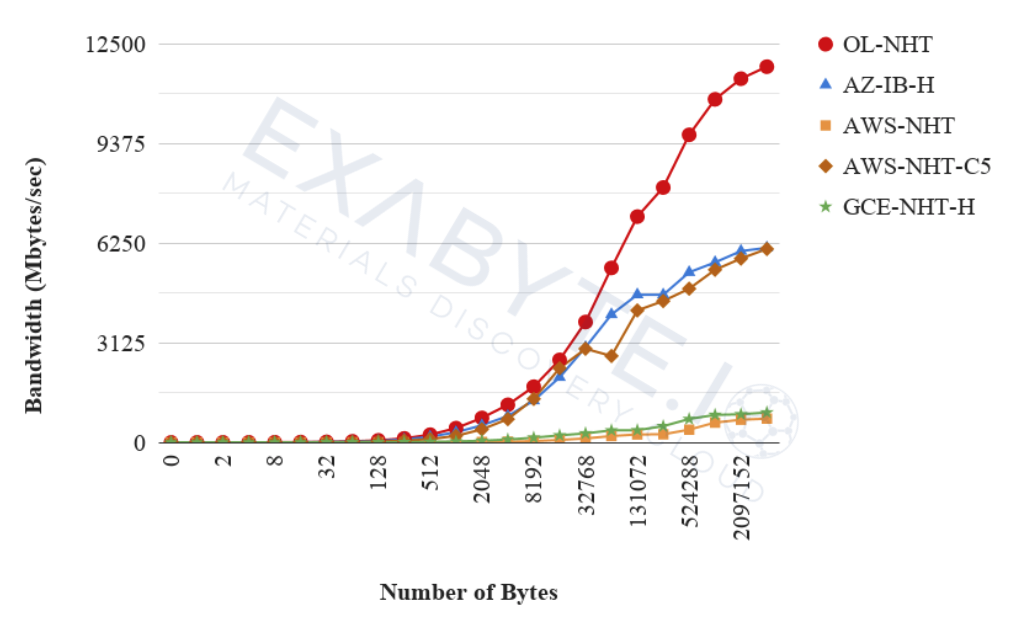 We use the below, one of our customer use cases to study the extent to which a GROMACS calculation can be efficiently scaled. As it can be seen this particular use case is very well scaled.

The visual below demonstrates the model studied - a box with 418,402 total atoms. Input files are available upon request. 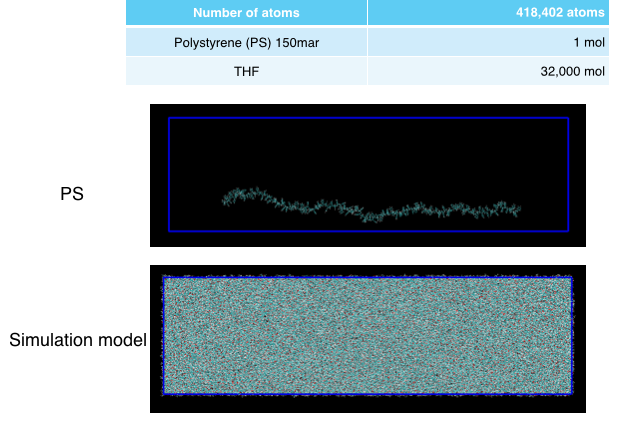 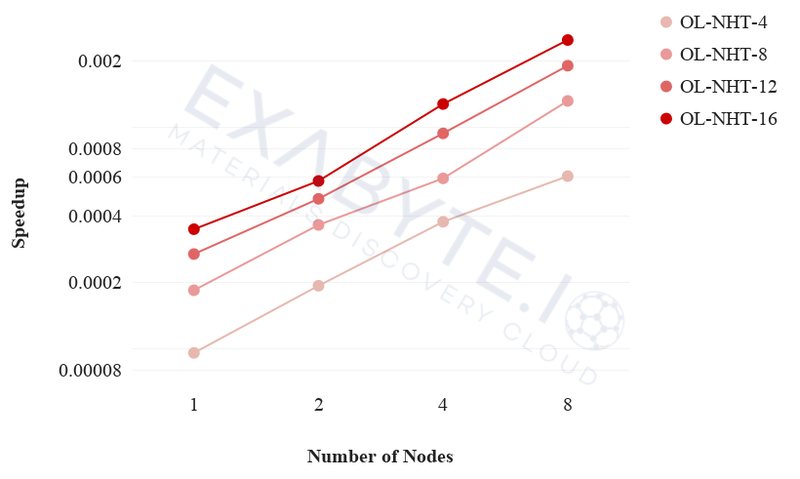 We benchmark the performance of the latest cloud hardware with HPL, two VASP simulation cases, one GROMACS case and MPI Benchmarks. Our findings demonstrate that Oracle Cloud outperforms other cloud vendors due to the latest generation of the hardware and fast interconnect network.