The purpose of this study was to estimate the extent to which a calculation for a single material can be efficiently scaled.

Compute nodes with a total of 36 CPU per node were used. Number of cores per node (PPN) and total number of nodes (NODES) were used to distinguish between parallelization levels. 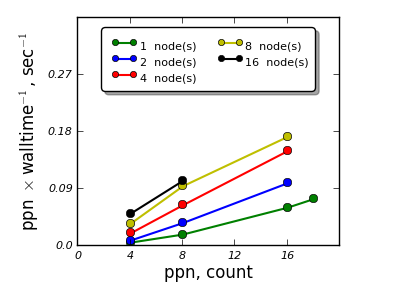 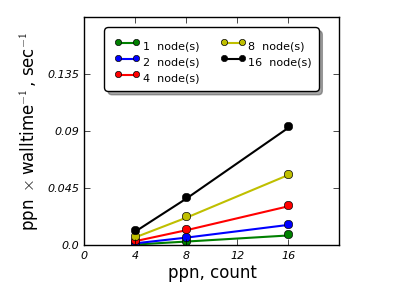 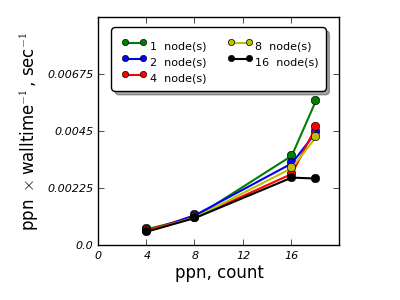 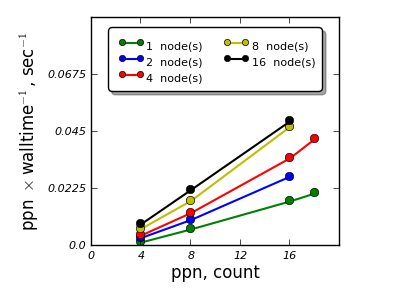