The Batch Scripts used for job submission via CLI have a general structure subdivided into several main sections, corresponding to each highlighted panel in the image below. The reader is referred to their number labels for finding their ensuing explanations. 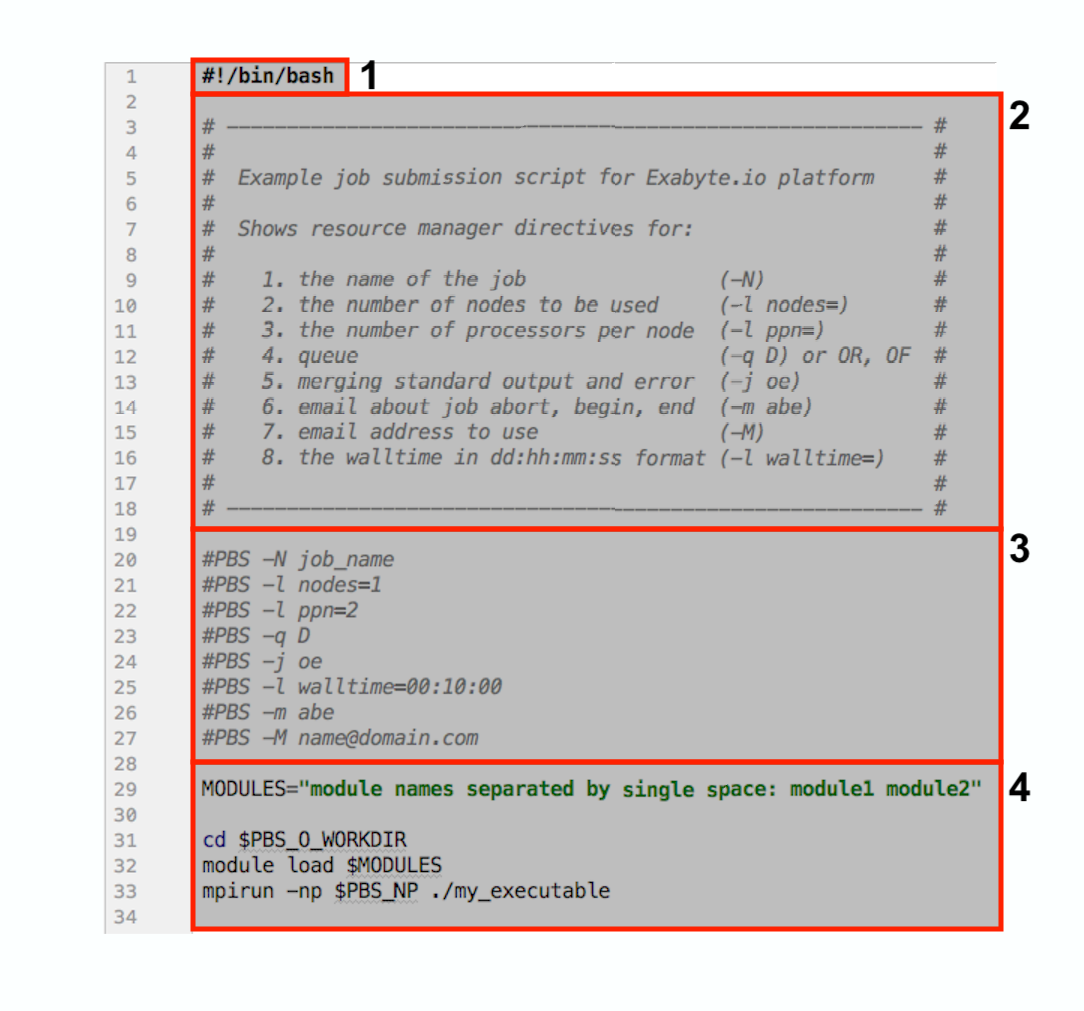 A common convention is to append the suffix ".pbs" or ".rms" or ".sh" to the filename of batch scripts.

The shebang 1 is a short character sequence at the beginning of the Batch Script. It uses the "#!" syntax to indicate an interpreter for execution of the script under UNIX / Linux operating systems. Typically, the shebang of our Batch Scripts consists in either of the following options for selecting the corresponding environment of the shell interpreter.

Commentaries (annotations) can be written anywhere within the batch script at the user's discretion, by inserting the "hash" character # and a single space ' ' at the start of the corresponding line.

Commentaries may consist in any text string containing any type of character, except for placing an exclamation mark ! or resource-manager-specific text sequences immediately after the hash. The former character combination is reserved respectively for the above-mentioned shebang.

As introduced here, we make use of the Portable Batch System (PBS) protocol for organizing job scheduling on our platform. A comprehensive set of PBS Resource Management Directives is available for setting the relevant job parameters, such as allocating the necessary computational resources.

These directives are the object of a dedicated review.

Unix commands can be inserted towards the bottom of the batch script.