The Remote-connection Sidebar, available under both the Remote Desktop and Web Terminal, is hidden until explicitly shown. On a desktop or other device which has a hardware keyboard, you can open the sidebar within either remote connection interface by pressing the Ctrl+Alt+Shift (Windows) or Ctrl+Command+Shift (Mac OS) keys combination. The sidebar will consequently appear towards the left-hand side of the interface.

If you are using a mobile or touchscreen device that lacks a keyboard, the user can also show the menu by swiping right from the left edge of the screen.

To hide the menu, press Ctrl+Alt+Shift/Ctrl+Command+Shift again, or swipe left across the screen.

This sidebar is particularly useful for copying/pasting text from both the Remote Desktop and Web Terminal connection options into the clipboard, for later use elsewhere. The procedure to do so is explained in this page. Further functionality offered by the sidebar includes the following list.

The full sidebar documentation can be accessed under the reference mentioned here.

Here, we display an example screenshot of what this sidebar looks like when viewed within the wider Web Terminal interface. 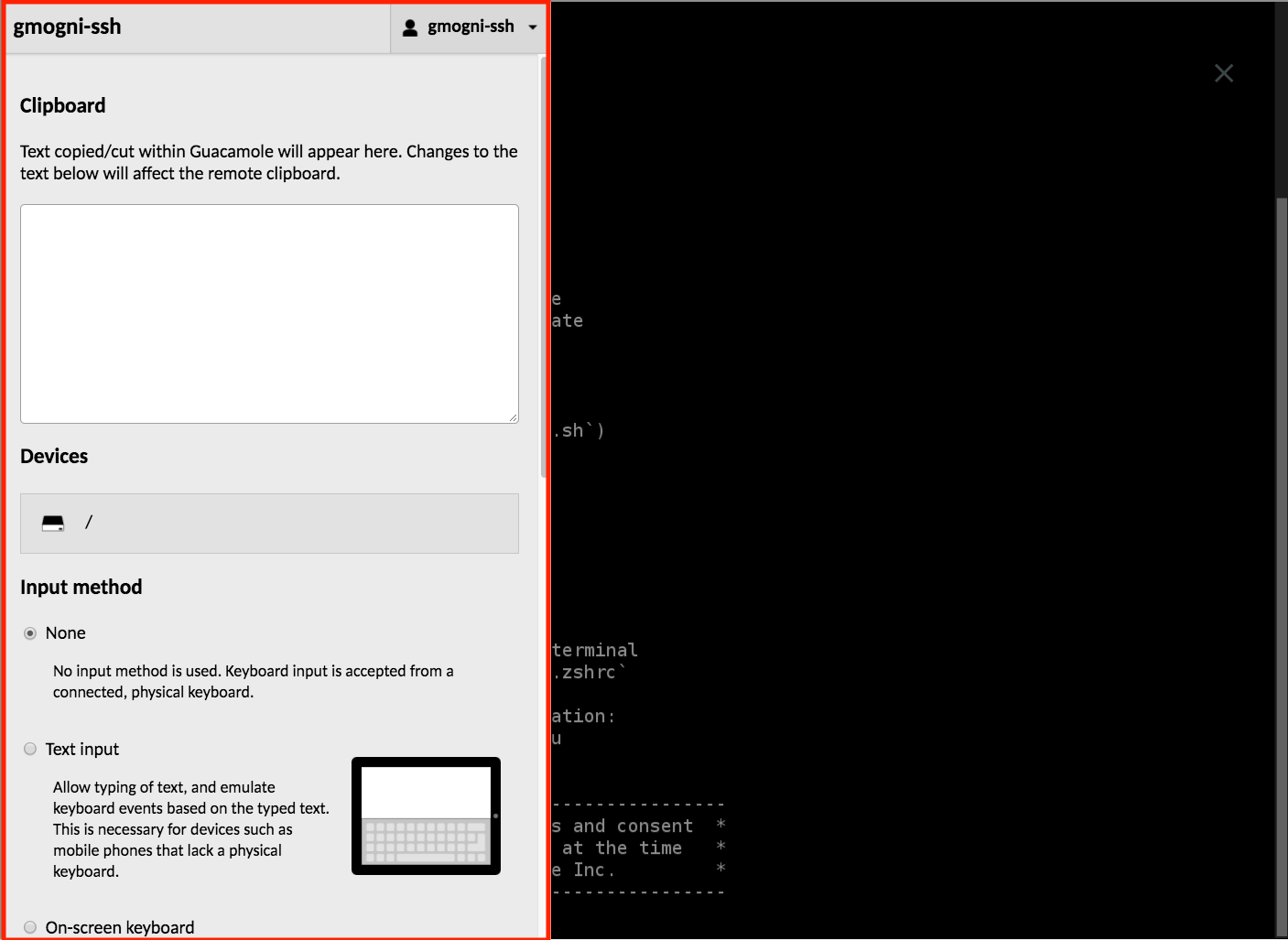