In order to inspect the content of a Job, the user can open it from Jobs Explorer. This action opens the Job under the corresponding Viewer, except for the case of Jobs in the pre-submitted status where the Designer is opened instead.

The image below shows how the Viewer contains two extra highlighted tabs, in addition to the three main tabs of Designer. They are labelled "Results" and "Files", and are reviewed separately in their respective pages. The name of the Job and that of the containing Project is also indicated at the top-left corner of the page. 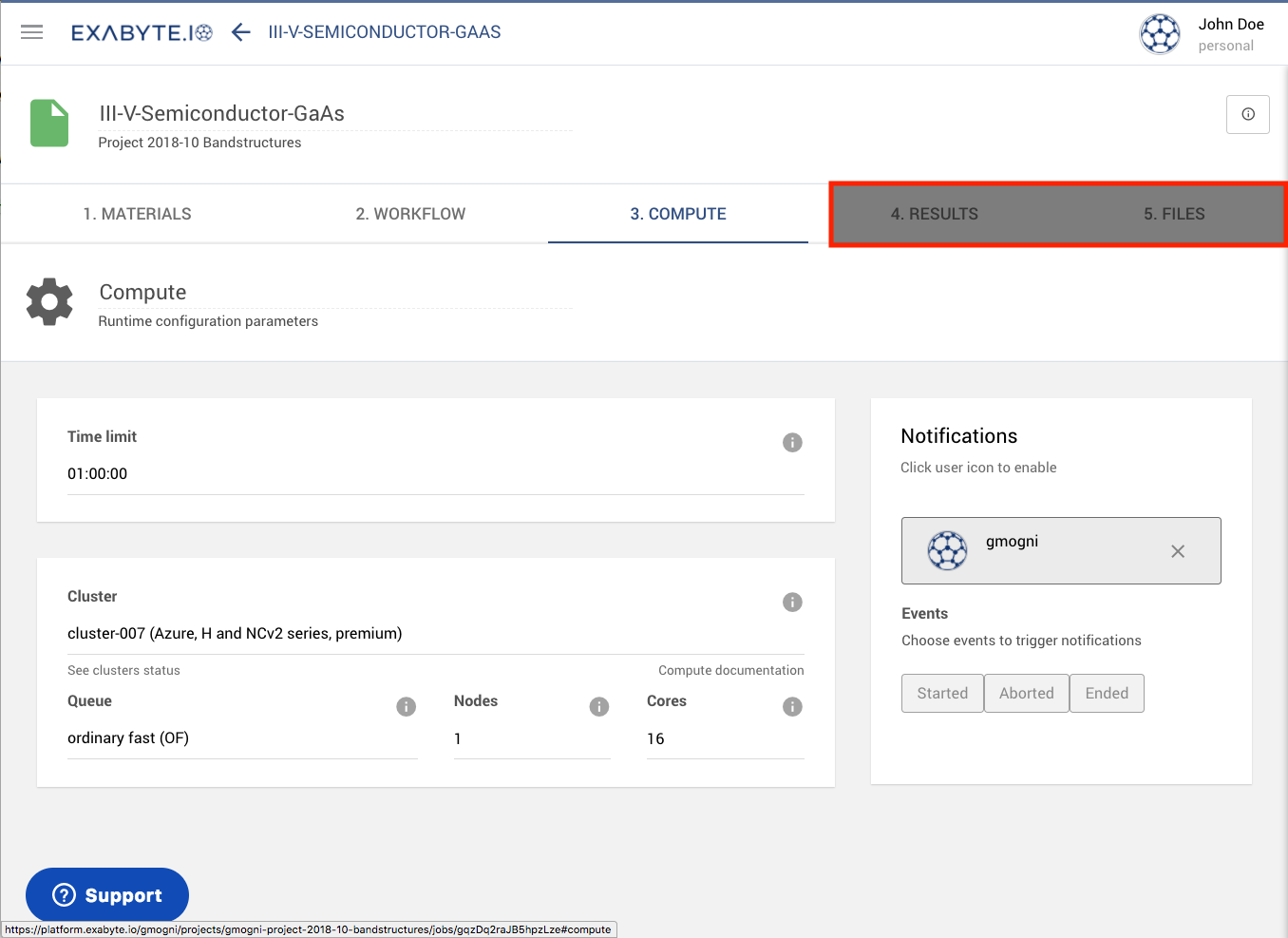 Under Jobs Viewer, it is impossible to make any kind of adjustments to either Materials, Workflow or Compute settings contained in their respective tabs. This is in contrast to Designer.

The only change which can be made to the Job under Viewer is the insertion of descriptive metadata, under the corresponding button at the top-right corner of the interface.