Both the Organizational Profile page, and each Team-specific page, have a "People" tab . Clicking on it redirects the user to, respectively, a list of all Organization members (People), and to team-specific lists.

These lists are presented under the Explorer interface of our platform. Hence their name, "People Explorer".

Some of their differences are worth noticing:

In the image below, we start from the People Explorer of an Organization called "Exabyte.io", listing its six members: 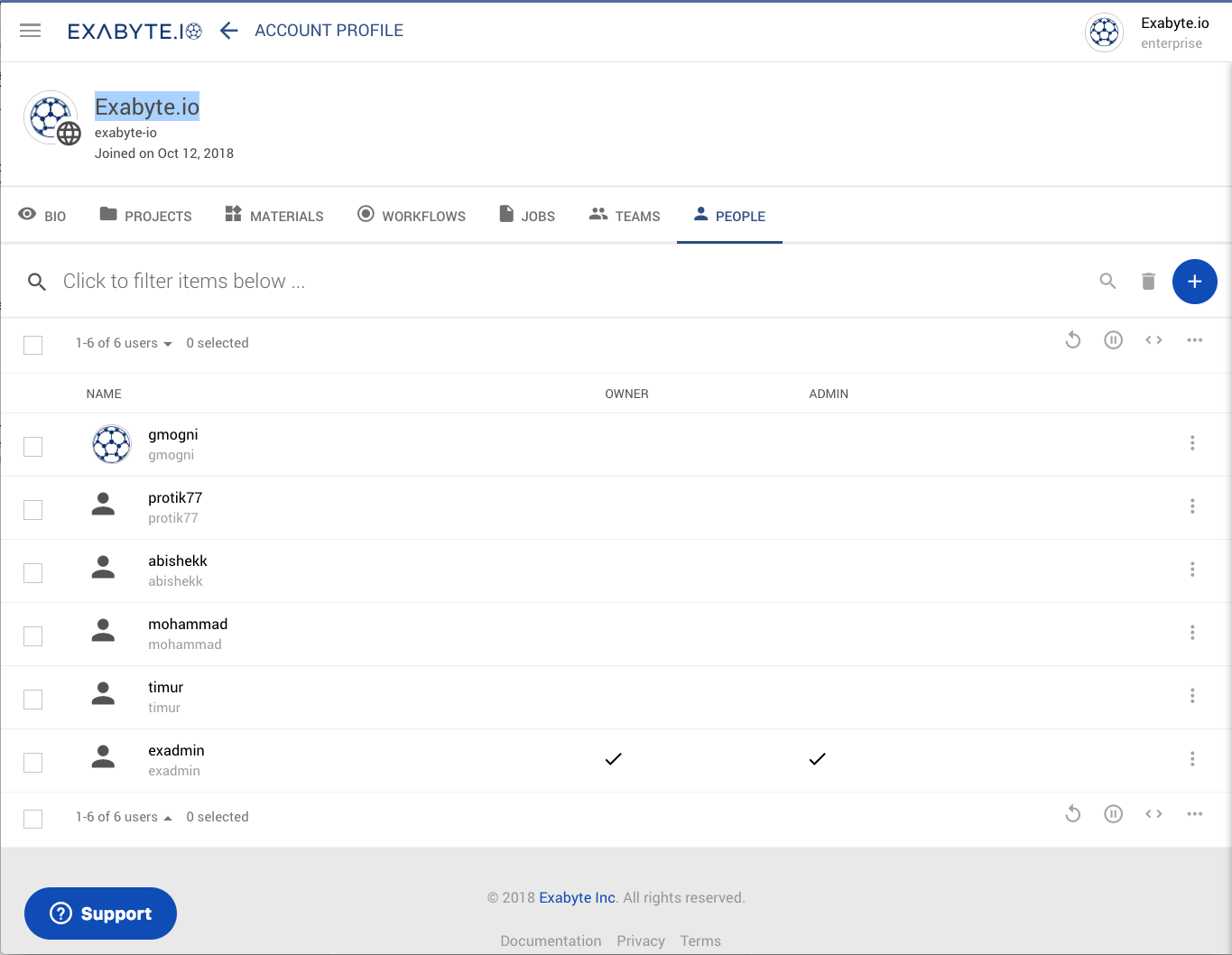 The members who have the titles of "Owner" or "Admin" attributed to them are indicated in the central table. In the above example, the user "exadmin" is the sole Owner and Administrator.

We then click on one of the Teams listed under Teams Explorer, to gain access to its corresponding Team-specific Page. The "Team People Explorer" can be found under the "People" tab .

In the image below for example, the members of the Team "Semiconductor band gaps write", contained in the aforementioned "Exabyte.io" Organization, are listed. Only four people are listed this time, a subset of the original six: 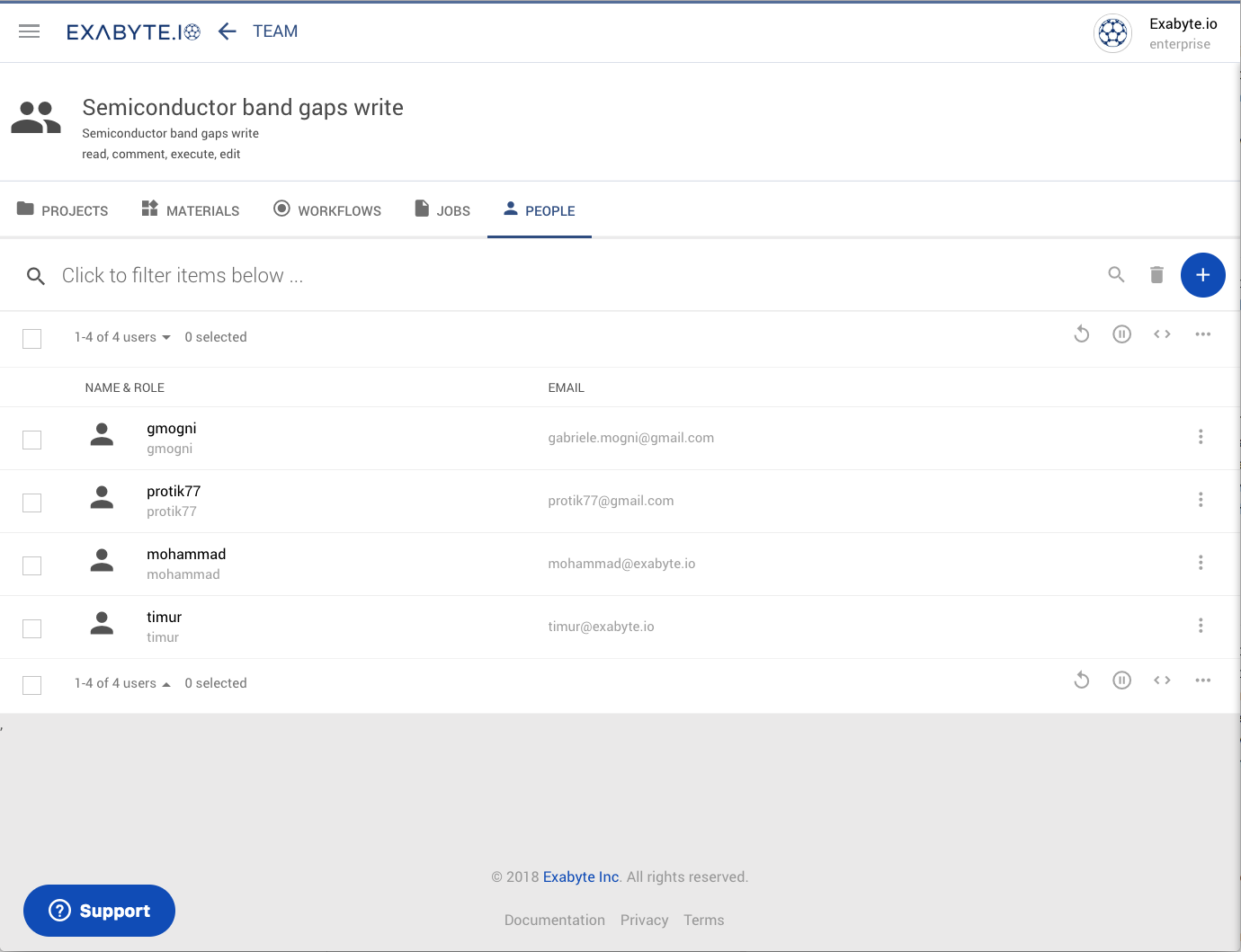 The central table displays the email addresses of the Team members. No information about the Owner or Administrators is necessary this time, since such titles are inherited from the parent Organization.

From here, members can be added or removed to/from Teams, as explained in this page.