The Files Explorer interface displays a list of files in their object representation from within the Web Interface of our platform. The way files are presented to the user conforms to the general Explorer conventions.

Files Explorer can be encountered under two circumstances: under the Files Tab of Job Viewer, and within the Dropbox page accessible via the left-hand sidebar menu.

An example of its appearance in the former context is portrayed in the image below, where it displays both the input and output files of the corresponding Job simulation. 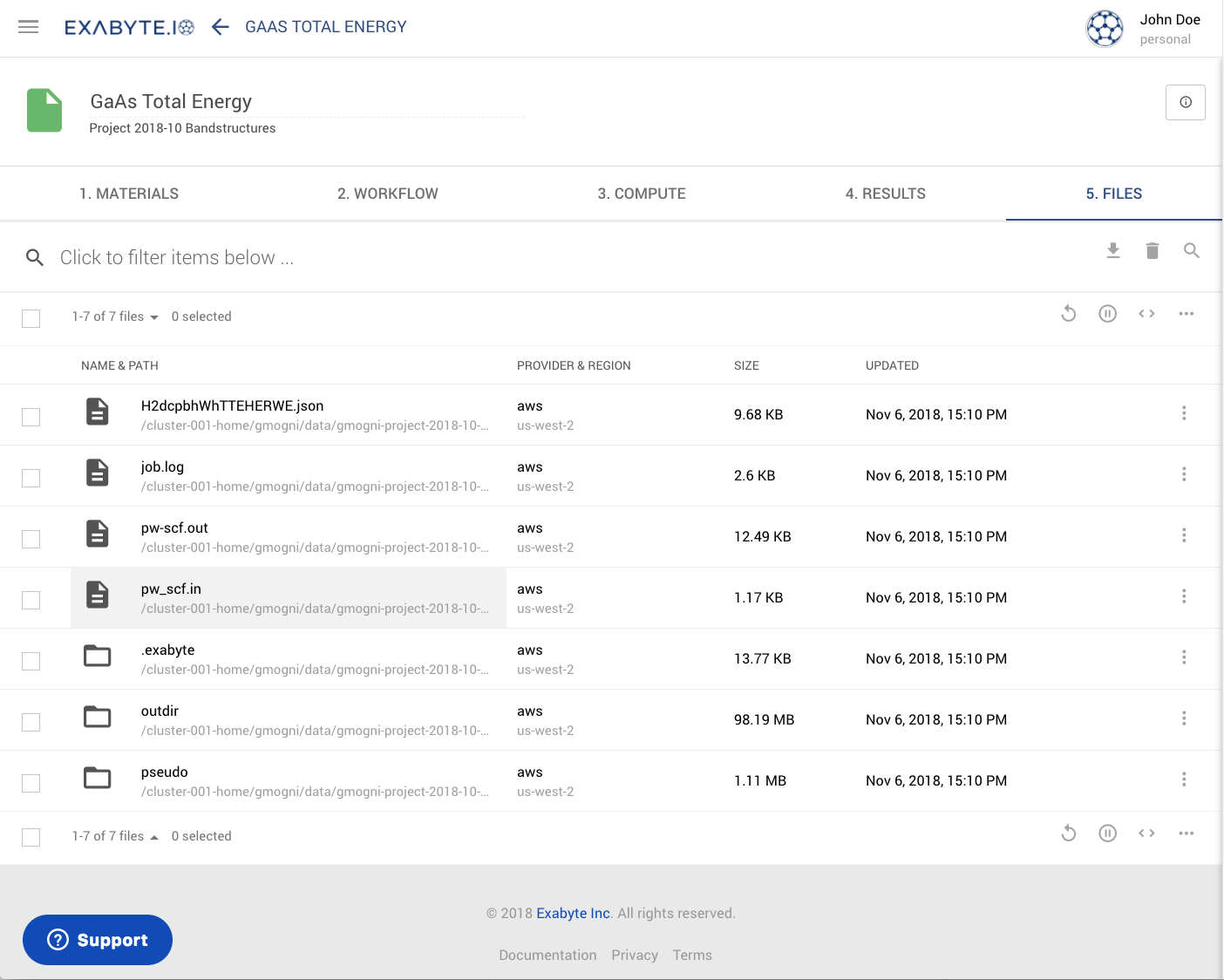 Specific features of Files Explorer consist in the nature of the information displayed under the central table of the interface, as well as some of the files-specific actions.

Specific table columns include information on the file size, and on the time and date when the file was last updated (modified).