The visualization of the final structure is especially resourceful in the context of simulation runs that include a preliminary structural relaxation step. In this case, it becomes important to understand how the material originally defined during Job creation was structurally altered by the relaxation algorithms.

The final structure can be inspected under an instance of the Materials Viewer interface within the Results Tab of the corresponding Job Viewer.

We refer to this interface as the "Final Structure Viewer" in this particular context.

Below we show an example of a material structure as it appears under the Final Structure Viewer (demarcated in red), following a relaxation run performed on it using VASP.

The viewer is shown in the general context of the other relevant computed material properties, displayed together in their own panel. 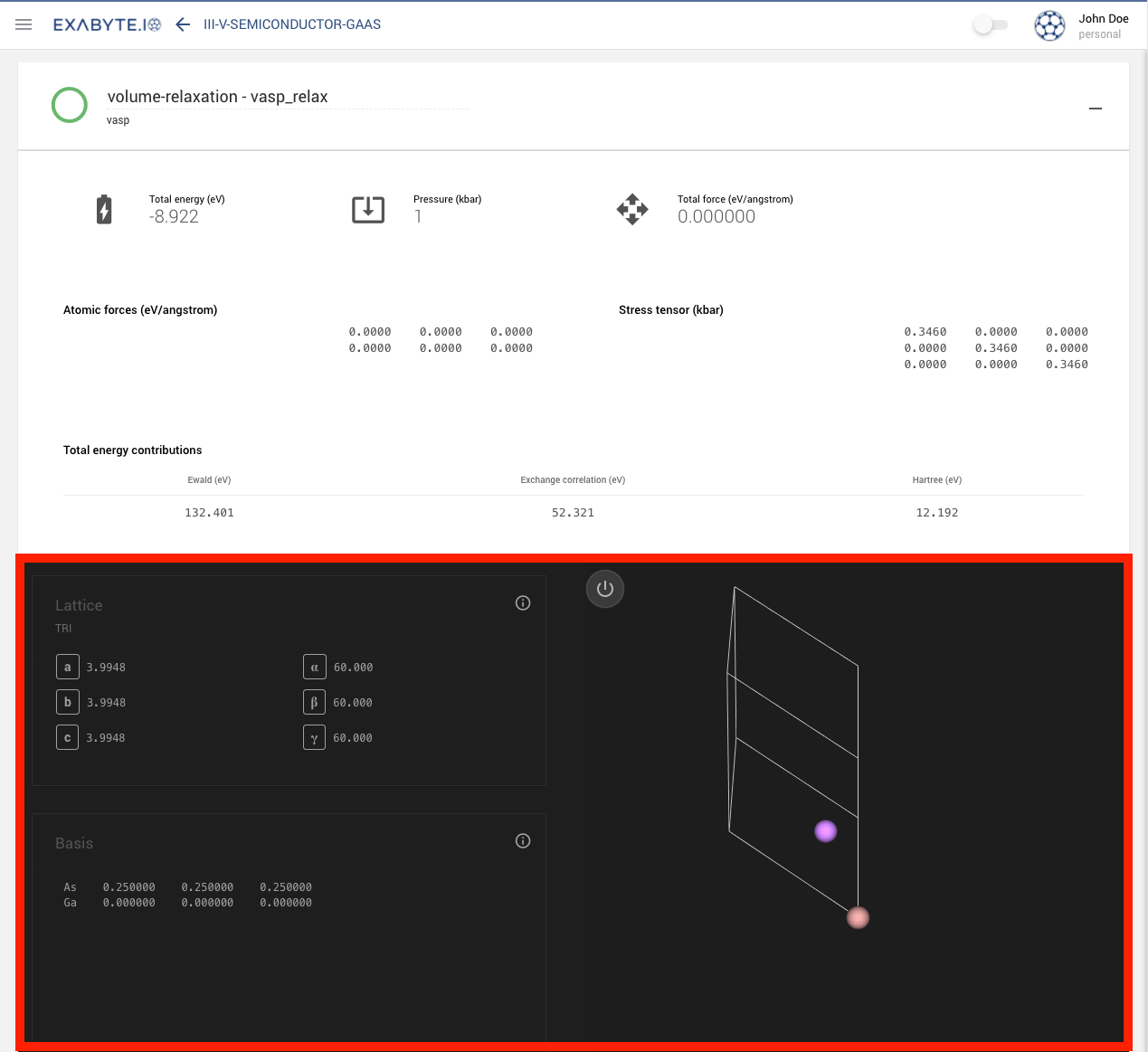